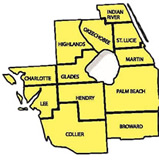 Rafael Delgado has been a sworn law enforcement officer since January 1982, in which he served with the New York Police Department for 21 years before retiring and coming to work for the Department of Financial Services, Division of Insurance Fraud. Within the NYPD he was assigned to uniformed patrol, organize crime control bureau, detective bureau and an FBI Task Force Unit. He held the position of police office, detective and retired with the rank sergeant-supervisor of detective squad.

In 2005 he moved to south Florida and began a law enforcement career as a detective with the Department of Financial Services, Division of Insurance Fraud and was assigned to the Miami Field Office. While assigned there, he worked in a general fraud squad and personal injury protection squad. In August 2011, he was promoted to lead detective within the PIP squad. He is a certified field training officer, and has been an active training officer for new law enforcement detectives assigned to the Miami Field Office.

Frank Briganti began his law enforcement career in January 1984, for the Hasbrouck Heights Police Department in New Jersey. He then moved to Florida and worked for over 25 years with the Boynton Beach Police Department. He was a detective in the Narcotics Division, a Sergeant over the road patrol and detective division and a Lieutenant over Uniformed Services, Internal Affairs and Accreditation. He retired from the Boynton Beach PD as a Major. Frank was also the SWAT commander for a team of over 20 men, supervisor for the K‐9 Unit and community outreach as well as responsible for policy making.

Frank started with the Division as a Detective in the Workers Compensation Fraud ‐ West Palm Beach Office in February 2014. He was promoted to Lead Detective in March 2016. In April 2017, Frank was promoted to Lieutenant of the Bureau of Insurance Fraud: Fort Lauderdale Field Office and later reassigned to the West Palm Beach Field Office in March 2018.

Lieutenant Kerrian Lindsay has over 10 years of sworn law enforcement experience. She began her law enforcement career with the Dallas Police Department, where she worked patrol. She then moved to Florida and joined the Federal Reserve Bank Law Enforcement Department as a Police Corporal. Lieutenant Lindsay joined the Division in January 2014 as a detective investigating PIP fraud. She was promoted to Lead Detective in 2016 and during her time with the Division she has served as a field training officer, background investigator and Acting Lieutenant since December 2017.

She was nominated in 2017 for Law Enforcement Detective of the year by Florida Insurance Education Committee (FIFEC). She is a member of the Association of Certified Fraud Examiners and is currently a Certified Fraud Examiner (CFE). Lieutenant Lindsay graduated from Columbia College with a B.A. Degree in Psychology and a Master’s Degree in Public Administration from Florida International University (FIU).

Lieutenant Francisco Gonzalez began his law enforcement career in 1981 as a City of Hialeah police reserve officer. In 1982 Lt. Gonzalez began his career with the City of Miami Police Department, where he remained until his retirement in 2007. During his tenure with Miami PD, Lt. Gonzalez worked in various units including patrol, training, and internal affairs. Lt. Gonzalez was also part of a rapid-deployment platoon in 2003 during the Free Trade Area of the Americas Summit in Miami as a chemical agent specialist. He then served in Internal Affairs proactive squad where he investigated police and public corruption. He retired in December 2007 and began his career with DIFS in March 2008. Lt. Gonzalez worked in the Miami field office for approximately two years. He investigated a large-scale staged accident ring which resulted in 30 arrests that year.

In 2010 Lt. Gonzalez transferred to the Broward field office where he was assigned to a PIP squad, and in January 2015 became lead detective. He served in this capacity until May 2016 when he was promoted to present rank of Lieutenant. He has a total of 35 years of law enforcement experience.

Kevin Lashells began his law enforcement career in 2007 with the Florida Department of Law Enforcement, Capitol Police. In 2009, Kevin joined the Florida Department of Environmental Protection’s Division of Law Enforcement in the Miami region. During his time there, he worked in the patrol division and was a Field Training Officer. He continued his service through the Department’s merger with the Florida Fish and Wildlife Conservation Commission, where he remained in the patrol division and continued to assist as a Field Training Officer.

In February 2019 Lt. Lashells transferred to the West Palm Beach Field Office. Lt. Lashells is a graduate of Florida State University having earned a Bachelor of Science degree in Criminology.

Jonathan Lent has over fifteen years of experience in Law Enforcement working in a variety of assignments ranging from patrol to investigations. Jonathan started his law enforcement career with the University of Florida Police Department in 2002. During his time there, he worked in the patrol division and was a Field Training Officer. In 2005, he took a job as a Special Agent with Alcoholic Beverages and Tobacco in their Orlando Office. From 2013-2014, he worked at the Town of Palm Beach in their patrol division.

Jonathan started with The Division of Investigative and Forensic Services in February of 2014 in the West Palm Beach Office, assigned to the Auto Fraud unit. In May of 2017, Jonathan was promoted to the Lead Detective for the West Palm Beach Workers’ Compensation Fraud.

Glen began his career with the Division of Insurance Fraud in 2006. Prior to joining the Division of Insurance Fraud, Glen served for the United States Navy aboard the USS John F Kennedy (CV-67) serving as a Boatswains Mate / Rescue Swimmer and as a police officer with the Fort Myers Police Department in uniformed patrol. Originally assigned as a detective to the Fort Myers field office, he was promoted to Lead Detective in 2013.

During his career, he has investigated a variety of complex fraud cases, acted as a field training officer and is currently appointed as a Special Deputized U.S. Marshal sponsored by the Federal Bureau of Investigation. Glen holds a Bachelor of Science degree in Criminal Justice from Florida Gulf Coast University and became a Certified Fraud Examiner in 2009.