Jimmy Patronis serves the citizens of the state of Florida as the state's Chief Financial Officer, State Fire Marshal, and member of the Florida Cabinet.

Jimmy Patronis is a native Floridian born and raised in Panama City. He earned his associate degree in restaurant management from Gulf Coast Community College and a bachelor’s degree in political science from Florida State University. He is a partner in a family-owned seafood restaurant called Captain Anderson’s that celebrated its 50th anniversary in 2017. His public service career began with experience as an intern in the Florida Senate and the United Kingdom’s House of Commons. Following Patronis' college graduation, Governor Lawton Chiles appointed him to the Florida Elections Commission, and he was later reappointed by Governor Jeb Bush.

He served in the Florida House of Representatives from 2006 to 2014, representing his hometown region in the Florida Panhandle. He was appointed to serve on Florida’s Public Service Commission, as well as the Constitution Revision Commission, which meets once every twenty years to propose changes to the state constitution.

He and wife Katie are proud parents to two sons, Jimmy Theo III and John Michael.

Florida's CFO oversees the state's accounting and auditing functions and unclaimed property, monitors the investment of state funds and manages the deferred compensation program and risk management program for the state

Insurance consumer service is handled by the CFO, and the office is responsible for the licensing and oversight of insurance agents and agencies, as well as funeral homes and cemeteries.

Insurance fraud investigation also is overseen by the CFO, as well as ensuring businesses have workers' compensation coverage in place for employees and helping injured workers with benefit payments and re-employment.

The state's CFO also serves as Florida's State Fire Marshal. The Division of State Fire Marshal provides various fire-related training, education and services throughout the state, from assisting local fire departments by conducting consumer education to training citizens at one of the finest fire-training colleges in the state.

Florida's CFO serves as one of three constitutionally elected state executives of the Florida Cabinet, which comprises the Chief Financial Officer, the Attorney General, and the Commissioner of Agriculture and Consumer Services.

Governor Ron DeSantis and the Florida Cabinet serve as a board of directors, or agency heads, governing such matters as the purchase of state lands; clemency matters; state bond, trust and fund management; veterans' affairs; state law enforcement administration; tax collection; power plant and transmission line sitings; and financial and insurance regulation for the state of Florida. 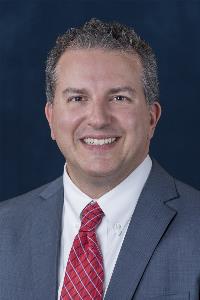